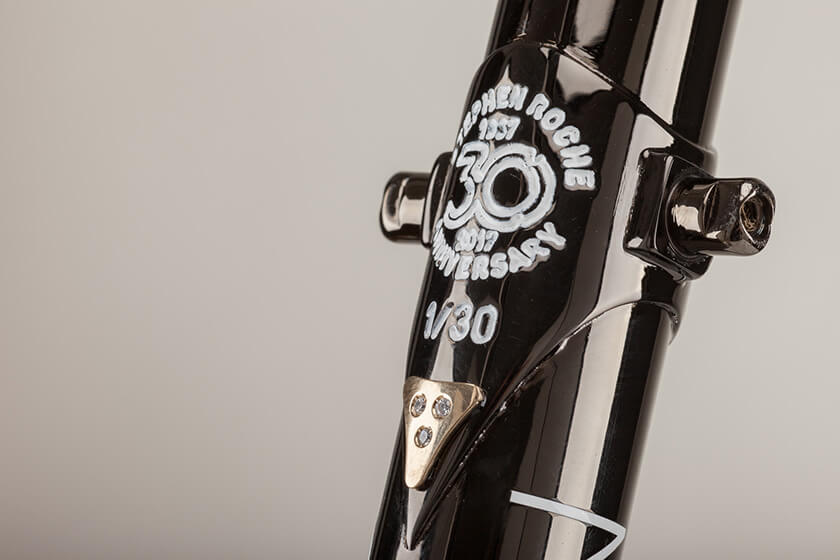 Officina Battaglin celebrates the 30th anniversary of the greatest title in professional cycling with a handmade steel frame named after the man capable of winning it.

If you scroll down the list of pros who raced on Battaglin steel bikes from 1981 to the late 90s, there’s a name that probably will take you back to some of your best sporting memories.

Because when you arrive at the bottom of the list – provided that all the names are in alphabetical order – and see “Stephen Roche”, you’ll immediately recall one among the 1987 Giro d’Italia, the 1987 Tour de France or the 1987 Road World Championships.

With the “Stephen Roche” steel frame, we celebrate the physical and mental effort that inspired millions to get into cycling. Only 30 pieces will be available worldwide, each of them built to order at the Battaglin workshop like 30 years ago for the “Triple Crown” bike.