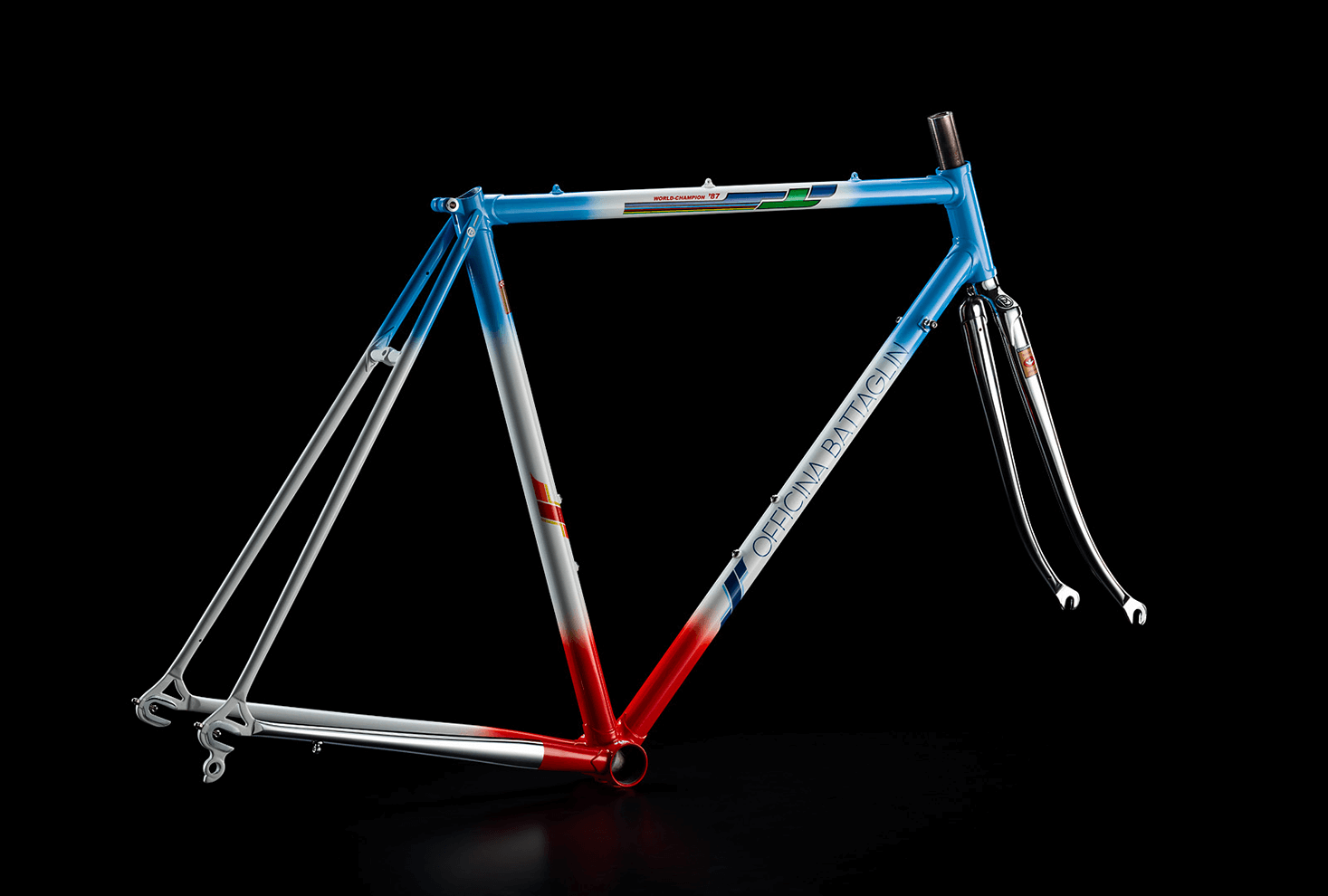 After nearly 7 hours of racing, the rain that had been falling steadily on the circuit since the morning stopped.

The crowd of spectators that had gathered to witness the event now had the chance to see clearly the most talented riders in the world engaging in the battle for the rainbow jersey.

The stakes were high, but until that moment the race hadn’t been so exciting. Just a few attacks, none of them decisive enough to mark a turning point.

Going into the climb at the beginning of the last lap, the Irish rider Stephen Roche attacked. Sean Kelly, the other star wearing the green jersey, stayed on his wheel. Their team had performed an excellent job.

The action split the group. The riders in the front got rid of most of the competitors, and only 14 racers were left. At this point, there was no other choice to chase the victory but trying to escape.

The Dutch Van Vliet got away. The German Golz followed him. Roche closed the break, and so did Sorensen and Winterberg.

The group of 5 established a small gap, while the riders behind didn’t react. It seemed like they were expecting for Moreno Argentin, the defending World Champion, to chase them down.

Italy was the strongest team in the peloton, and everyone considered Argentin the race favorite.

But the gap widened.

Four hundred meters from the finish line, Roche launched his attack. There was a narrow space between Sorensen and the barriers on the left side of the road. Roche daringly threw himself right there.

While he was approaching, Sorensen inadvertently moved to the left, shutting down that space Roche had chosen to be his way to the finish line.

The chances for the Irish to pass between Sorensen and the barriers were reducing at every pedal stroke.

But when Sorensen and Roche seemed so close that the action could a massive crash, the Danish moved to the right and Roche was out into the open.

He pedaled as hard as he could. This time Argentin responded, but it was too late.

Sprinting certainly wasn’t Roche’s secret weapon. He would have probably lost every time he’d found himself in a sprint with Golz and Van Vliet. Not that day.

In 1987, Roche was riding a Battaglin bike, which quickly became the icon of professional cycling’s greatest success.

The bike was developed by Giovanni Battaglin at his workshop in Marostica, where all the bikes for the Carrera riders were made, and custom-built to Roche’s specifications.

It was probably the most advanced racing machine on the market, featuring the best equipment available at the time.

With the Officina Battaglin brand, Giovanni has gone back to building exclusive steel frames using the same process and tooling of 30 years ago.

1987 is a limited-edition replica of Stephen Roche’s Triple crown frame that brings back the object of desire of an entire generation of cyclists.

There will be only 187 pieces available worldwide. Each of them will be custom-made in the Battaglin workshop to the owner’s measurements after an individual sizing consultation with Giovanni Battaglin in person.

As Stephen Roche and the riders of the Carrera team in 1987, the owners will benefit from Giovanni’s unsurpassed skills in creating the perfect geometry for any purpose. Even for winning the Triple Crown! 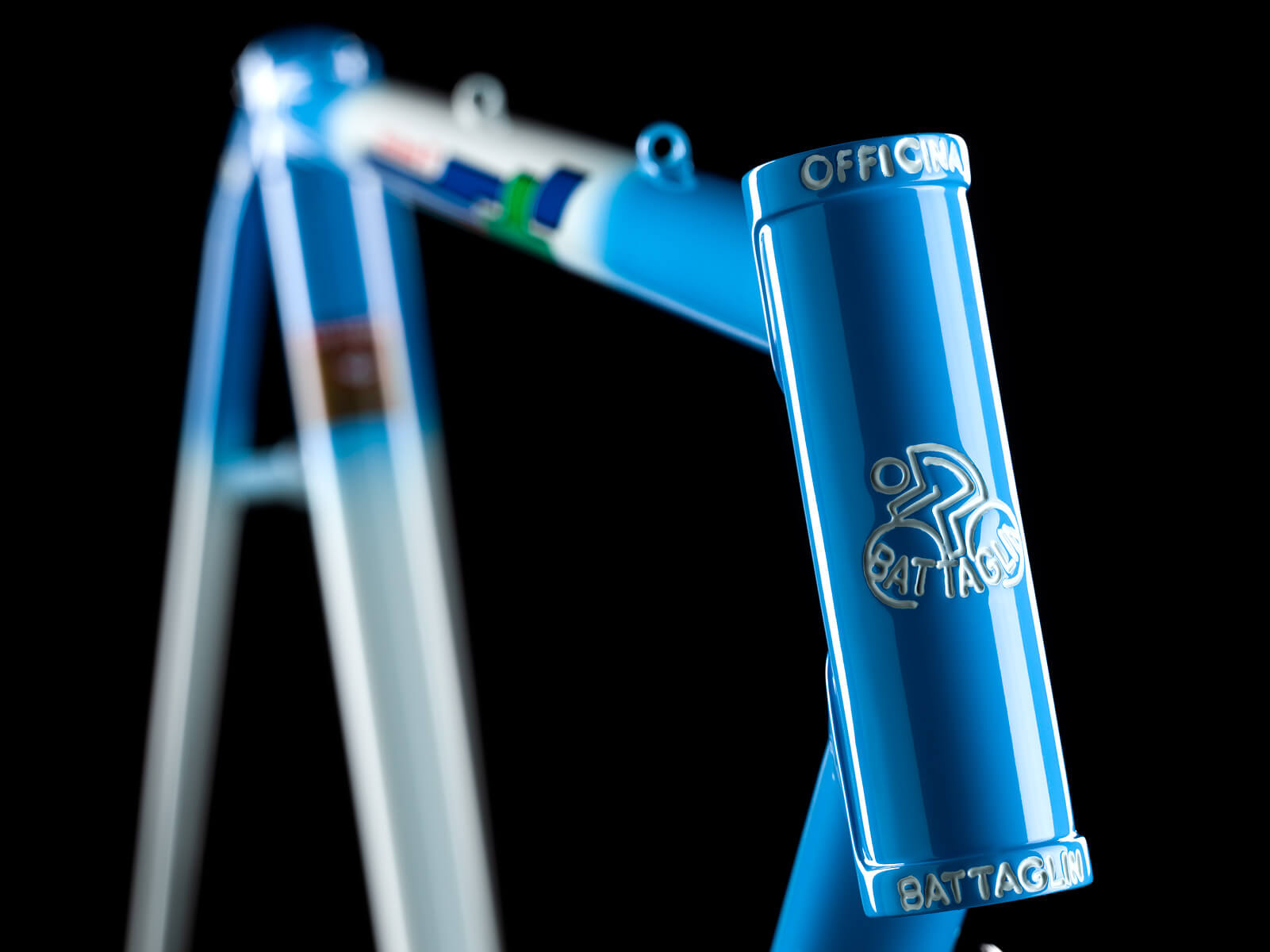 The 1987 frame is made from the legendary Columbus SLX, the same tube set that we used to build Stephen’s Battaglin bike in 1987.
The double-butted Columbus SLX was the Italian bicycle makers’ tubing of choice for building professionals bikes.
The SLX tubes featured helical reinforcements inside the sections that joined the bottom bracket lug.
This way it was possible to produce thin-walled tubes that were stronger and stiffer in the area where higher stresses concentrated.
At the time the helical reinforcements were an advanced solution that allowed us to build lightweight steel bikes while maximizing power transfer.
In the late 90s, the SLX went out of production.
But we just couldn’t build Stephen Roche’s frame replica using a different tube set.
And thanks to an exclusive partnership with Columbus we managed to bring the SLX back to life! 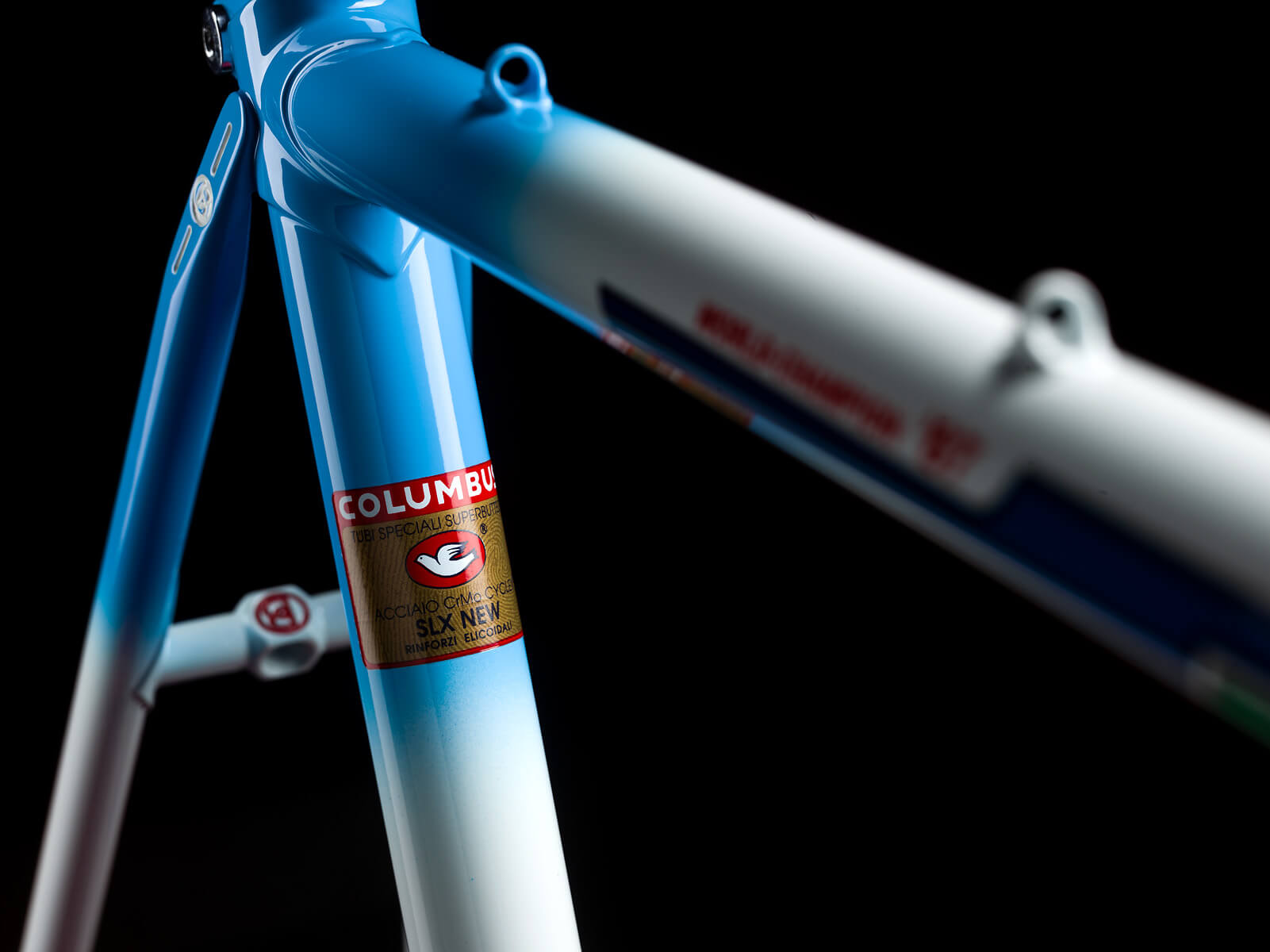 If you love retro bike races with 6-speed steel bicycles, thanks to the 1987 frame you’ll be able to assemble a vintage-style bike and ride it at the world’s best retro cycling events.
Rules are usually strict, and authenticity is not an option. Unless all the features of your new-production steel bike match the style of racing bikes made not later than 1987 you won’t be allowed to start the race.
As the replica of Stephen Roche’s frame, it will be very easy to deck out the 1987 frame with vintage and classic parts and be sure that your custom bicycle meets the event’s guidelines. 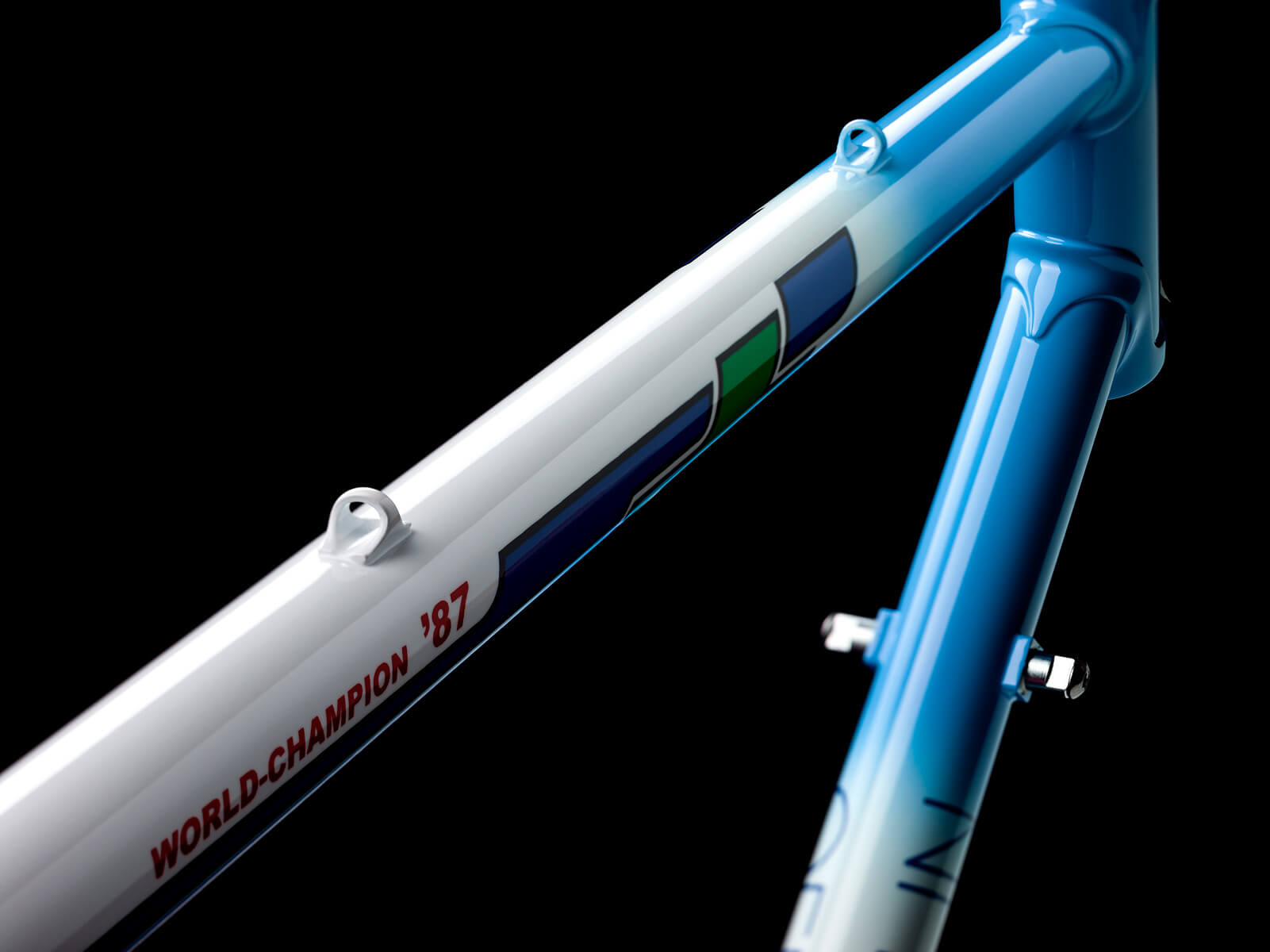 Want to know more about the Officina Battaglin 1987?