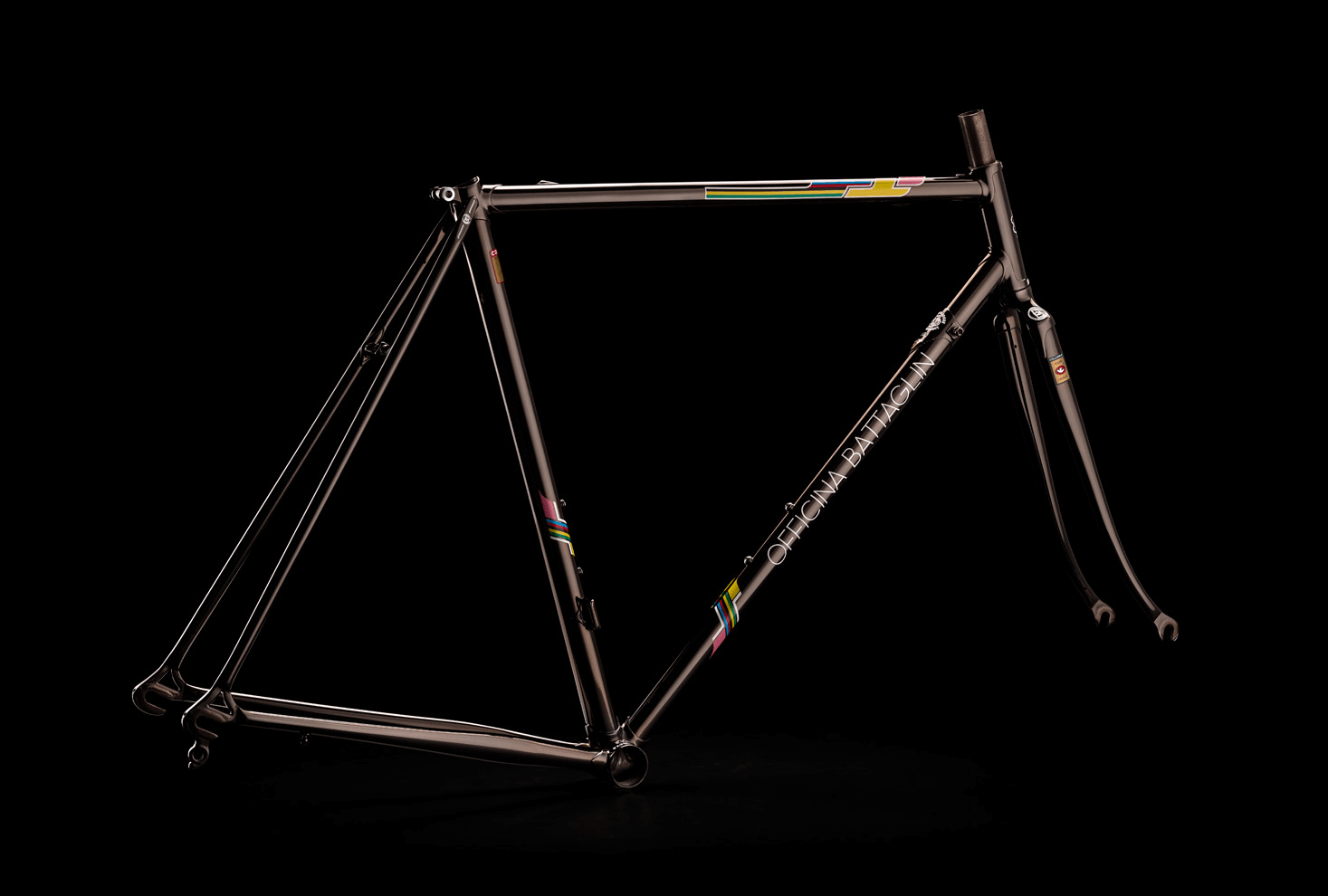 If you witnessed Stephen Roche‘s victories back in 1987, there’s a good chance those events remained etched in your memory.

The Irish rider was arguably one of the best riders of all time. And the highlight of his career is considered the greatest achievement ever in professional cycling.

In 1987, Stephen Roche won the Giro d’Italia, the Tour de France, and the World Championships. Three of the toughest and most prestigious races of the cycling season. All in less than 6 months.

Only Eddy Merckx had managed to win the “Triple Crown” before. And no one has repeated the feat after Stephen Roche.

The physical and mental effort to take the top spot on the podium in all the three competitions was unbelievable.

A whole generation became hooked on cycling watching Roche’s superhuman attack in stage 21 of the Tour when he literally collapsed on the finish line.

Or his successful breakaway in Villach, when he showed an unrivaled mastery of the sport’s tactics.

Stephen Roche won the Triple Crown on a Battaglin steel bike custom made for him in our workshop.

Thanks to his victories Giovanni Battaglin’s brand exploded in popularity worldwide: the “World Champion” Battaglin bike instantly became one of the best selling bikes of the late 80s.

In 2017, to celebrate the 30th-anniversary of that magic year we launched…

Stephen Roche is a limited edition of 30 classic lugged framesets that are now completely sold out.

Each frame has a numbered plate brazed to the top tube that authenticates its uniqueness.

But what makes these 30 items even more desirable is the racing pedigree behind their construction.

Each frame has been custom made in the Battaglin workshop to the owner’s measurements, after an individual sizing consultation with Giovanni Battaglin in person.

The Stephen Roche frames have been made from the legendary Columbus SLX, the same tube set that we used to build Stephen’s Battaglin bike in 1987.

The double-butted Columbus SLX was the Italian bicycle makers’ tubing of choice for building professionals bikes.

The SLX tubes featured helical reinforcements inside the sections that joined the bottom bracket lug.

This way it was possible to produce thin-walled tubes that were stronger and stiffer in the area where higher stresses concentrated.

At the time the helical reinforcements were an advanced solution that allowed us to build lightweight steel bikes while maximizing power transfer.

Then, in the late 90s, the SLX went out of production.

We felt that such a great racing heritage couldn’t miss the celebration of the Triple Crown.

And thanks to an exclusive partnership with Columbus we managed to bring the SLX back to life!

In 2017, Roche became the only modern-construction steel frame made from the new Columbus SLX tubing. 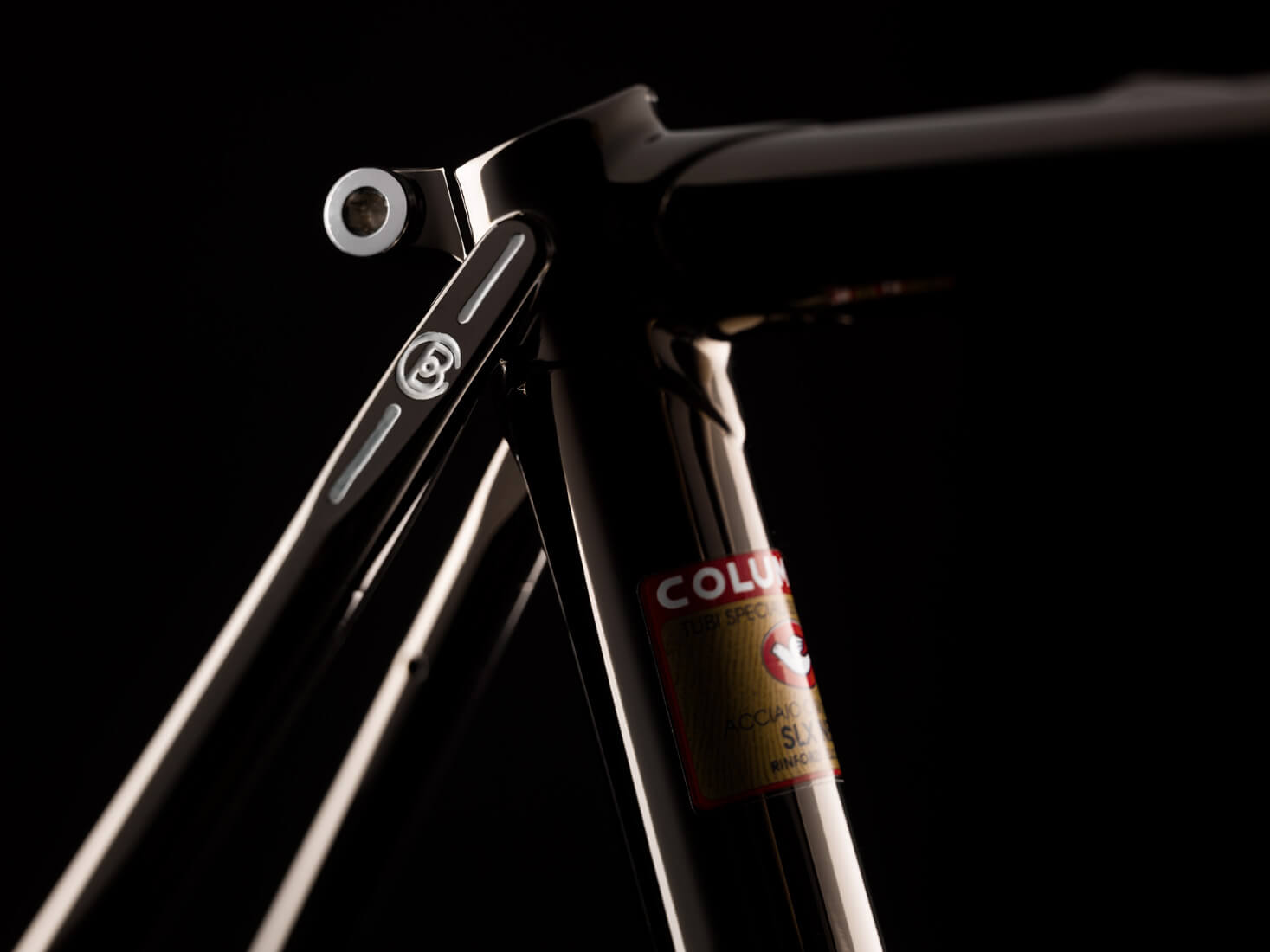 To properly celebrate the Triple Crown, we had to come up with a regal look.

The Roche frame features a unique black chrome finish that sets it apart from every other Italian lugged frame.

The deep, reflective shine contrasts with the colorful World Champion decal and the tiny gold plate on one of the down tube’s lugs studded with three real diamonds representing the three victories.

The treatment to obtain the black chrome finish takes place inside a traditional Italian chrome-plating shop.

Thanks to specific metals alloyed with the chromium deposit, the operator covers the frame with a mirror-like black layer.

The black chrome is also a corrosion-resistant coating that will preserve the beauty of the frame for years to come. 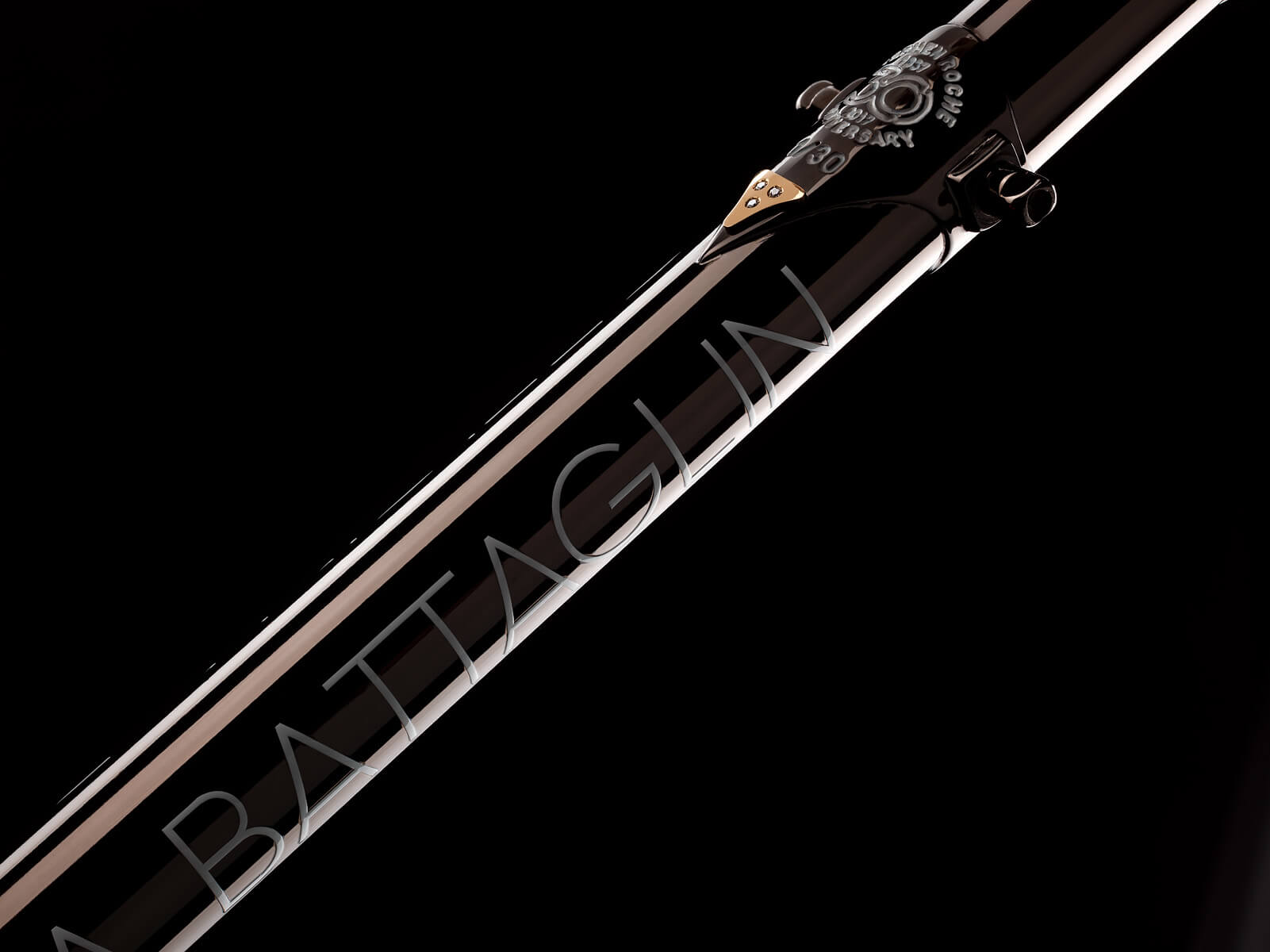 Want to know more about the Officina Battaglin Roche?