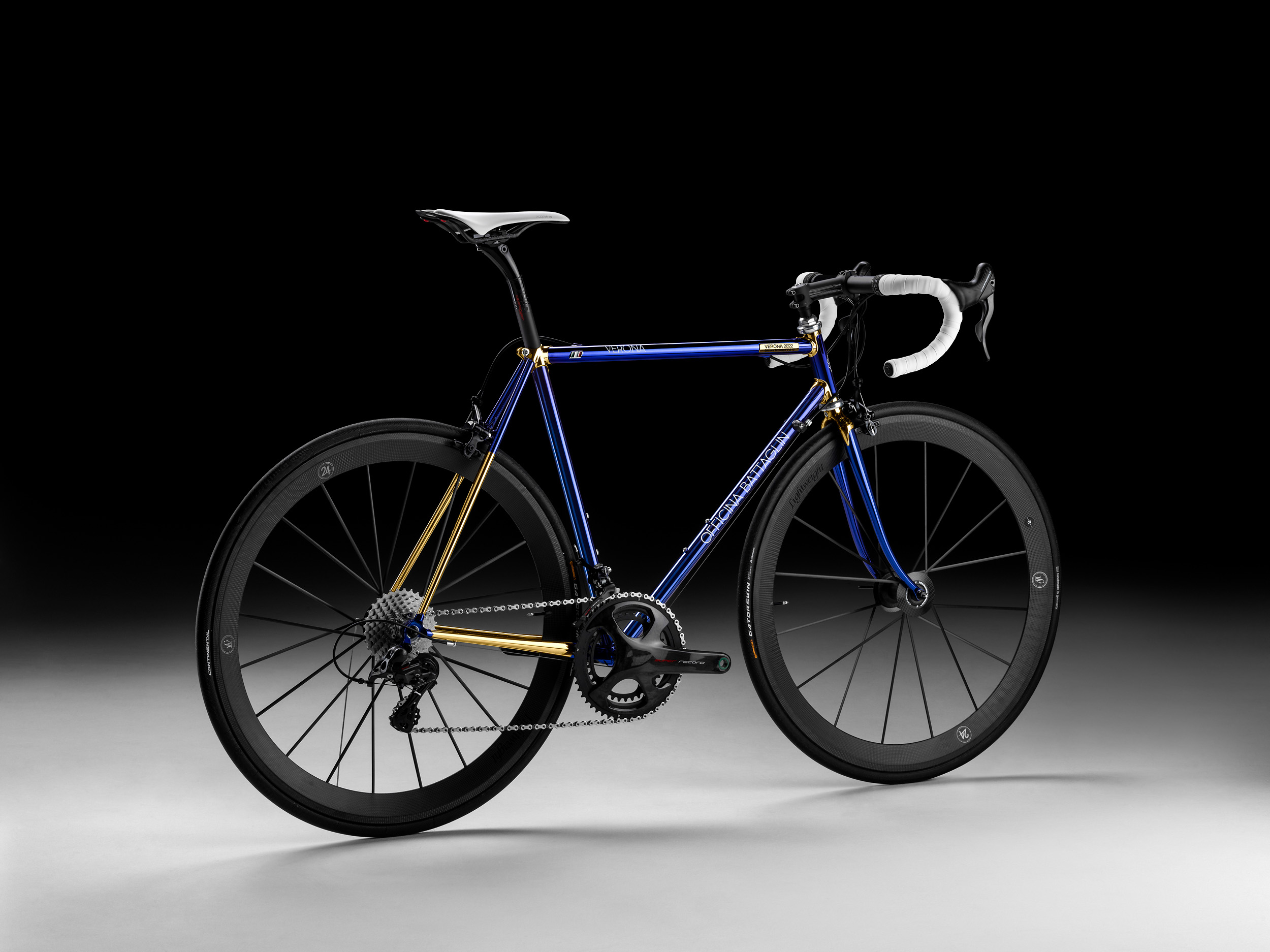 It all began more than 40 years ago.

On June 7, 1981, for the first time, the Giro ended in the Verona Arena, the Roman Amphitheater located in the city center.

Giovanni Battaglin won that edition, after a 42-km individual time trial where he didn’t know he had won the Giro until he heard the crowd in the Arena chanting his name.

It was his first Giro victory… And it was special for many other reasons.

The city of Verona has changed Giovanni Battaglin’s life forever, laying the foundation for his eponymous bike brand.

So, every time the Giro d’Italia ends in the city of Verona, we like to commemorate the occasion.

In 2022, with the Pink Race’s finishing line inside the Arena for the fifth time, we launched a frame named after the city itself…

Handcrafted in Italy by skilled artisans, Verona 2022 is a classic-looking frame built from Columbus SL tubing and cast lugs.

But what further separates the Verona 2022 from all the previous Officina Battaglin limited editions is the unique combination of a blue cromovelato finish with gold-plated lugs and rear stays.

The choice of the beautifully shiny finish is not random: blue and yellow are the colors of the city of Verona’s flag. This first-ever paintscheme represents the best the Italian framebuilding tradition has to offer. It’s achieved through a painstakingly complex process that gives the Verona even more visual flair than a standard cromovelato frame.

It’s an exclusive color to this special edition, an absolute must-have for the serious bike collector. 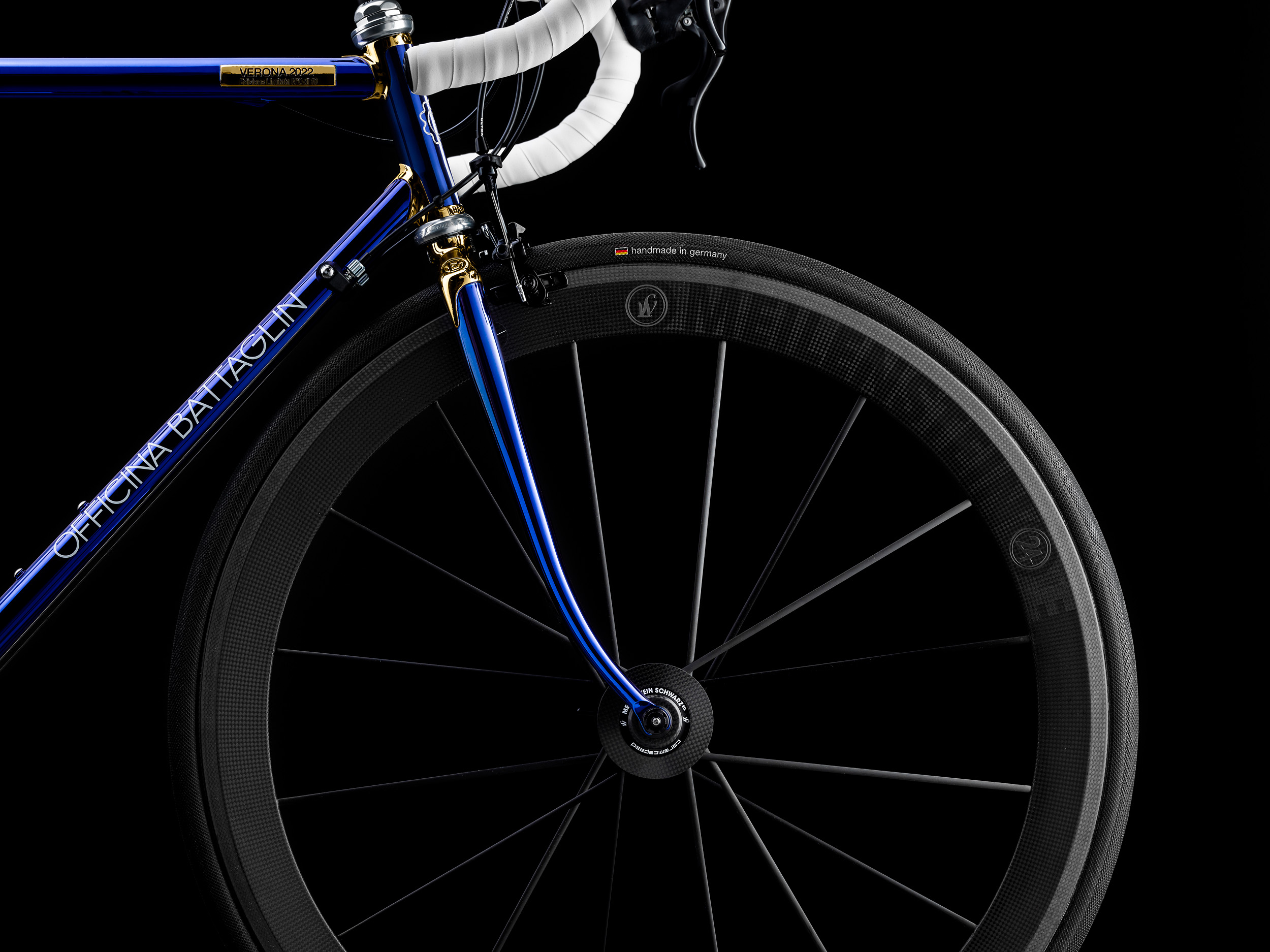 The Verona 2022 will be available in an extremely limited run of 10 pieces. Like all the Officina Battaglin limited editions, each model will have a gold-plated plate brazed to the top tube designating which number of the 10 it is. 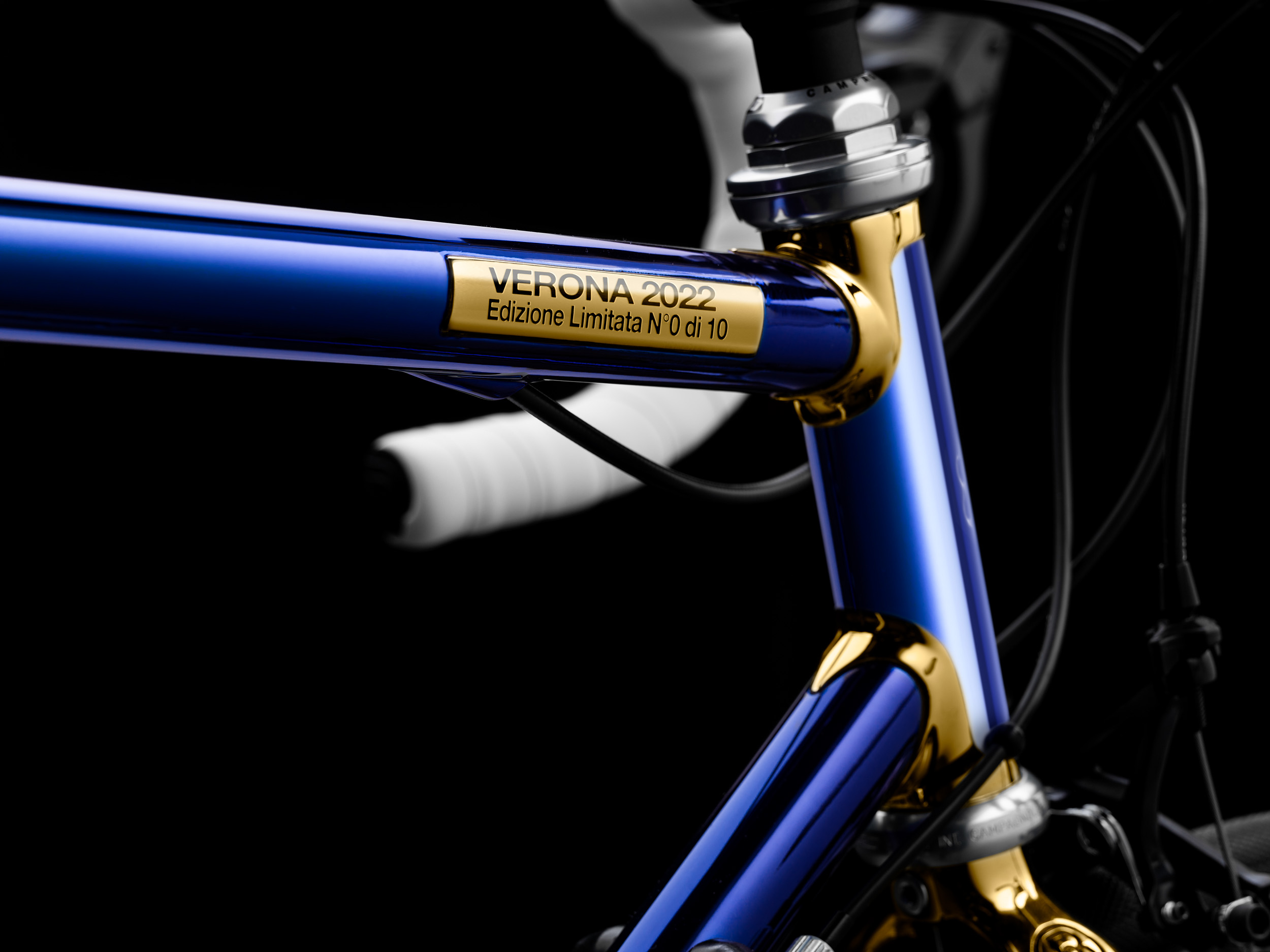 Want to know more about the Officina Battaglin Verona 2022?