Was the 1979 Tour de France more exhausting than this year’s edition? 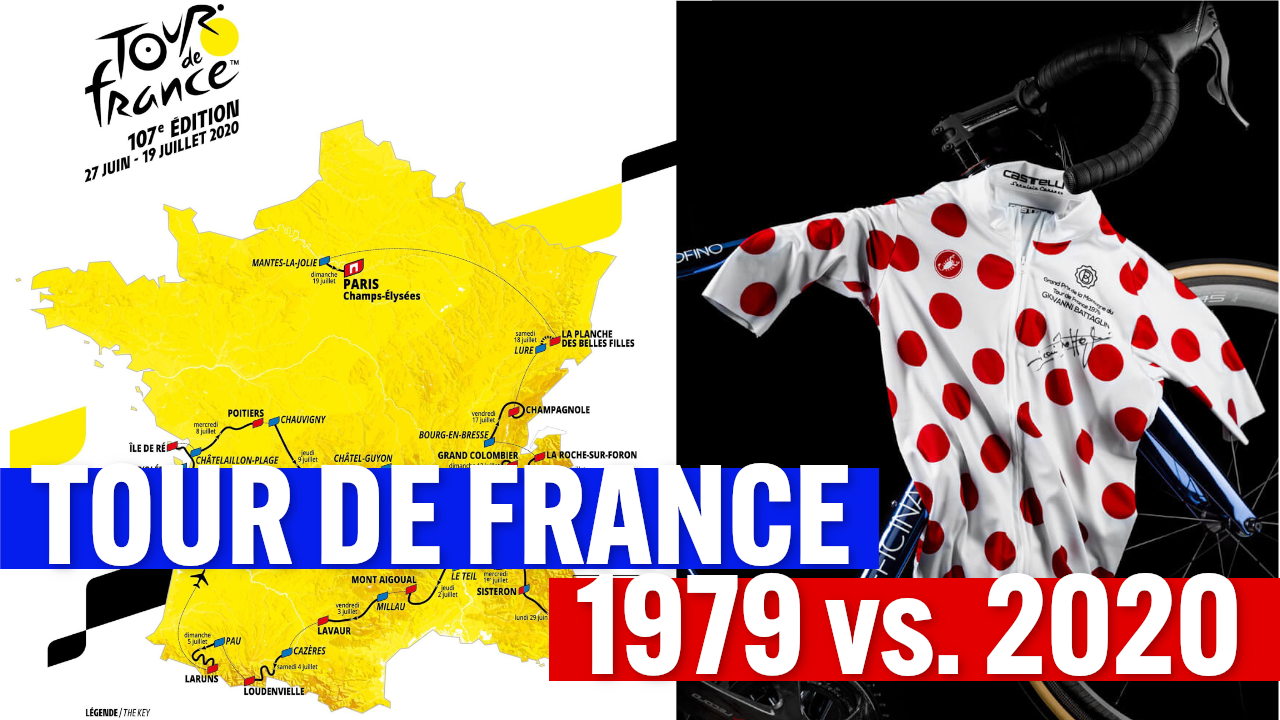 Are you enjoying the 2020 Tour de France so far?

And today I thought it would be nice to share a few lines of Giovanni Battaglin’s new book, 48 Days…

So you can have a unique insight into racing the Tour in 1979.

Let’s hear it from the man itself!

“It’s just impossible to forget that year, it really is.

My condition was perfect.

After the Italian Championship in Acicatena, I was good, but still not a hundred percent.

Moser and I were battling for victory, but he beat me in the final sprint.

I was not quite at my peak then, but the pre-Tour races gave me that final push, and the peak came in France.

To really be prepared, you have to struggle.

You have to adapt to the great fatigue of stage races.

Only by going through a struggle can you learn to overcome it.

There is no other way.

So, I did well at the Tour.

On the second day, after stage one, I got the polka-dot jersey.

Hinault took it from me after stage two, and then Martinez took it from him and kept it up to the twelfth stage.

Then I took it back, and kept it until the end.

Unfortunately for our Team, my polka-dot jersey was the only good news, because during the first stage one of my teammates, Moro, fell and broke his collarbone.

He went home, of course, but that wasn’t our only loss that year. It was far from being the only one.

On stage two, an individual time trial, we lost Foresti. He finished over the time limit.

But it was another stage that really torn our team apart, stage fifteen: three of our teammates finished out of time.

It was quite a disaster, because we didn’t have a very large team. It’s not like we had tens of athletes.

At that point, there were only four of us left (Magrini had already left the race, after Stage Twelve).

By the end of the Tour, after Pugliese abandoned on stage seventeen, there were just three of us racing. It was just painful for everybody.

But I had the legs, I felt they were ready, my condition was stratospheric.

And this is what happened.”

So, in 1979 Giovanni won the King of the Mountains classification and finished sixth in the GC.

But that’s simply how professional cycling was at the time.

They can form different squads for each Grand Tour – even with different team leaders.

So, more than half of the riders who lined-up for the big stage races were the same.

Was it mentally and physically more demanding than today?

I also think those “good old days” with more breakaways were far more exciting too (and if you’re nostalgic like me, you’ll love Giovanni’s “48 Days”!)

However, I have a feeling that this year’s cycling season is going to be slightly different than 40 years ago…

Sure, the teams still have 30 riders.

But with the three Grand-Tours all squeezed into a 2-month period, it will be more draining than ever.

Will it be more unpredictable than the previous editions?

Hopefully, it’ll also be filled with some epic racing action…

So epic that someone will write a book about it in 40 years.